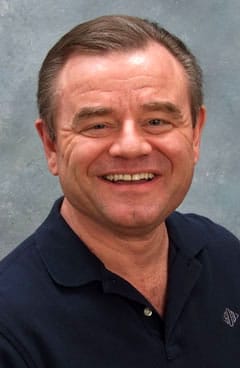 Bob has devoted much of his life to uncovering the truth. Before he became an ordained minister, he was a professional journalist and public speaker.

He spent 17 years in radio and television news, first as a reporter and then as a producer in charge of newscasts. In 1985, his TV news team in Tulsa won the “Best Newscast” award from the Oklahoma Associated Press. He returned to Chicago to serve as news producer at both the all-news radio stations – WMAQ and WBBM.

Bob grew up Roman Catholic in Chicago but explored other belief systems in his 20s (including Judaism and Transcendental Meditation). He teaches with humor in shirt-sleeve English.

His spiritual awakening in 1987 led to an in-depth, personal exploration of God. He left broadcasting in the 90s to spend seven years as a professional speaker. He delivered 475 presentations at 377 venues in 36 states and two Canadian provinces. He also was a guest speaker at 248 churches.

He continued his search for truth at the Unity Institute seminary. In 2002, he was ordained by Unity Worldwide Ministries in Lee’s Summit, MO. After serving a church in Florida, Bob yearned to “return home” to his writing in 2006. He took a few years off to write articles and a book manuscript, False Prophets; A Minister Reveals What is in the Bible (and What is Not) on Today’s Hot Political Topics.

Bob says his mission is to facilitate a deeper and more personal experience and knowledge of God in this world.

Bob earned a Master of Science degree from Northwestern University’s Medill School of Journalism, a Bachelor of Arts from Drake University’s Journalism School, and a seminary diploma from what is now called the Unity Worldwide Spiritual Institute.

Bob and Carla have no children. But they shared their home with Quaker Parrots for 29 years.